Blithe Magazine has moved to http://blithemagazine.wordpress.com/. Join us at our new site. We look forward to seeing you there.
Posted by Merrick Genesis at 6:11 AM No comments: Links to this post 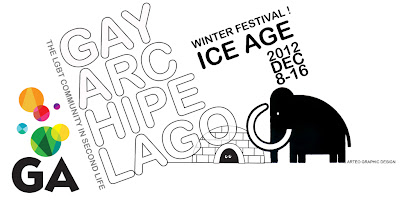 The Gay Archipelago presents Winter Festival 2012, celebrating the winter months.The Festival will open at noon today with an opening ceremony featuring Ricky Martin and George Michael tribute performers, sponsored by Gay Fun World. The first day of the festival is sponsored by Gay Fun World and TT Designs. Be sure to thank these sponsors for support this wonderful event. Don't forget the incredible shopping available surrounding the main stage area of the sim. Be sure to follow the Gay Archipelago blog for the entire festival's schedule.

Posted by Merrick Genesis at 6:25 AM No comments: Links to this post

Good Things Come To Those That Wait! 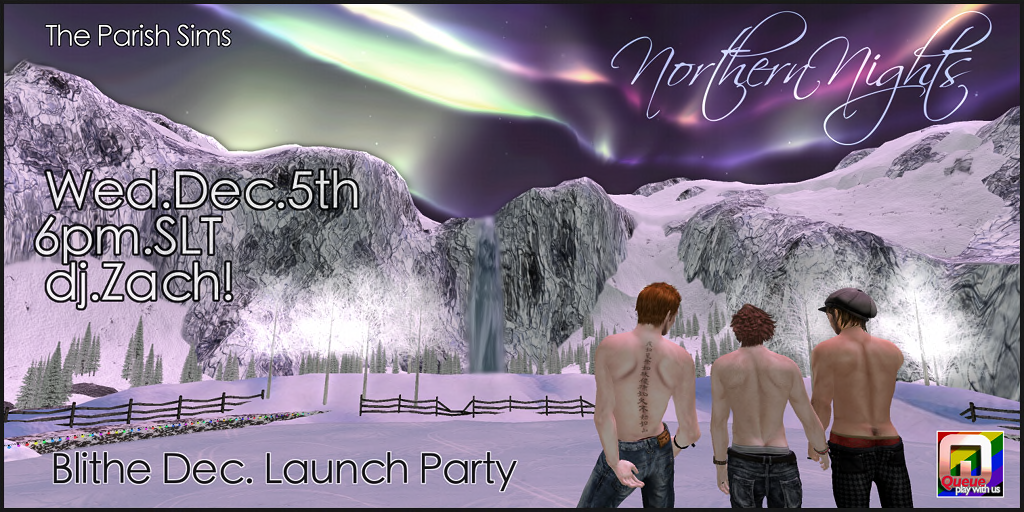 Join us on Wednesday December 5 at the beautiful Gayhaven Parish to celebrate the holiday issue of Blithe Magazine. Our friends Kent and Jorge Hutchinson, whose Gay Parish sims are featured in the upcoming issue, have created a cool winter environment where we'll be launching the issue with the hot tunes of DJ Zach Kelberry. Come on by at 6pm SLT to kick off the holidays in a Blithe way.

Though complications in Case and Merrick's RLs have conspired to delay the release of the December issue of Blithe, it will be worth the wait! We have a packed issue of stunning style, gorgeous places and the fascinating personalities behind many of our community's well-known names, all in a newly rebranded magazine with a fresh new appearance.

Posted by Case Euler at 5:53 AM No comments: Links to this post

I'm late to calling your attention to the stunning interpretation of Picasso's mural Guernica created in SL by the talented Lizzie Gudkov and London Junkers. The exhibit closes tomorrow, November 30, so don't waste any time in getting out to experience it.
I say "experience it" purposely, because this is not a piece that is merely "viewed" or "observed." The original artwork is deeply moving, and bringing it into SL in three dimensions heightens that response.

Early in my SL, I visited the Starry Night sim, where talented builders had brought the works of Van Gogh into SL in three dimensions. As I wandered the fields of the Starry Night and perched on the chairs at the Night Cafe, I experienced the paintings in a new way, an immersive way. When I later enjoyed the privilege of seeing those same paintings at the Van Gogh museum in Amsterdam, it was not the hundreds of flat reproductions of the works I'd seen in my lifetime that came back to me, but rather those moments in SL when I passed through the artworks and participated in them. Such is the power of art in SL, to offer people a new view of an old masterpiece.

Experiencing Guernica in SL had a similarly powerful effect on me. I haven't had the opportunity to view the original, and I may never, but the three-dimensionality of this interpretation moved me in a way that no mere print could ever do.

Guernica offers a powerful message about the impacts of war, something that for many of us is blessedly distant from our day to day lives. All the more reason why we should take the time to recognize its horrors and remember its devastations. Visit Guernica in SL before it's gone; it will be time well spent.

See Guernica in SL at LEA6 before it's gone.
Posted by Case Euler at 7:15 AM No comments: Links to this post 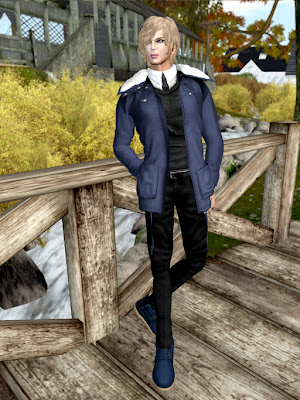 I set up most of this look a bit ago when .:villena:. released this incredible fleece parka. The steel blue is totally in this season. To complete the layer effect, the parka is paired with a sweater and tie from PHILO (SEEKER SWEATER - BAT). The pants are GizzA's new Casual Pants in black with black belt. Finishing the outfit are my previously shared [GOS] Desert Boots in Blue Tartan.

Photo taken at the gorgeous Hutchinson Parish. If you need a place for blog photography, fun, or are looking for a wonderful place to live, check it out. It's incredible.

Happy Thanksgiving to all those who celebrate today.
Posted by Merrick Genesis at 10:51 AM No comments: Links to this post

A Celebration of Life - Call for Photos 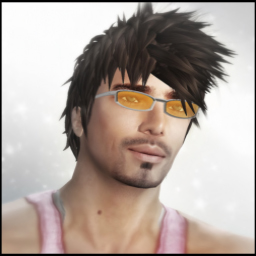 In order to prepare the Fabrice Snook’s commemoration taking place on Chilipepper on November 23 from 1:00 pm SLT, we need your help.

We’re seeking your pictures (full perm) of our friend Fabrice for a special project to celebrate this man’s time with us in Second Life.  We're looking for all types of tasteful photos-funny, serious, goofy, casual (no adult photos, please).

A special souvenir book will be distributed at this event.

Send your photos to Zaza (Nefaso Resident)
Thank you in advance for your contribution to this project!
Posted by Merrick Genesis at 9:40 AM No comments: Links to this post

Baby It's Cold Outside

Posted by Merrick Genesis at 1:57 PM No comments: Links to this post

Help Us Take A Stand